It was six years ago that Audemars Piguet released their very first ISO certified diver’s watch, the Royal Oak Offshore Diver. Some of you may recall an in-depth review of the this watch conducted by Jason Heaton, our resident diver and contributor. It was here that he tested the capabilities of this cult classic. 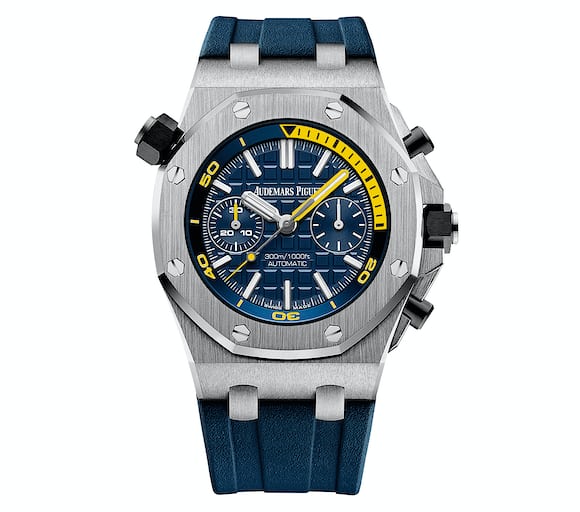 While Jason did find some technical flaws, such as the internal bezel being difficult to use, he found the overall visibility to be optimal. The conclusion? Maybe not the best watch for diving and timing underwater BUT certainly a cool watch and very collectible from a horological standpoint. With that said, you can imagine our excitement to see the new Royal Oak Offshore Diver Chronograph. 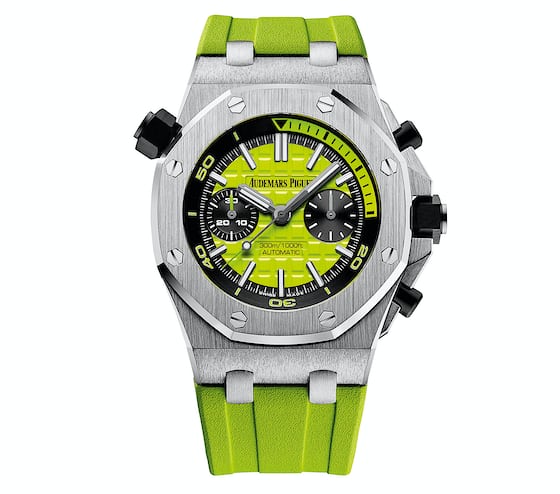 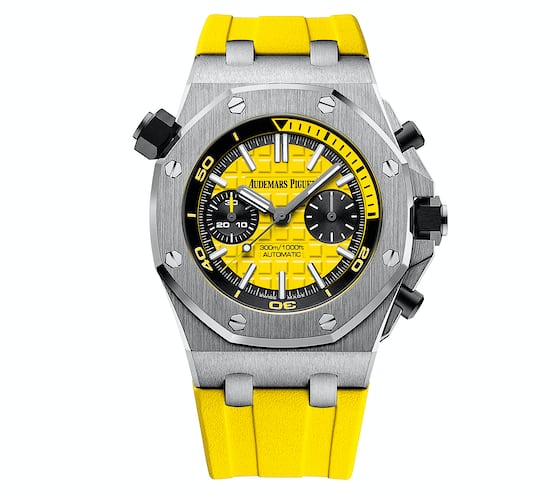 This new release is exceptionally cool. The watch features the automatic caliber 3124/3841 fitted to the 42 mm stainless-steel case that can dive up to 300 meters. What is the 3124/3841 exactly? If you Google it, you’ll see it was first used in 2009 in the Jules Audemars Chronograph and really nowhere else since. To put it simply, it’s AP’s great self-winding 3120 with a two register, date-less module from Dubois Depraz. Again, now that Vacheron has shown its own self-winding chronograph, AP is really noticeably behind its peers – Patek has had one for years at this point. Now this movement is an adequate one, and most people who will buy this watch will care little that it is of modular construction, but y’all should know exactly what you’re getting.

The dial is in the traditional AP “Méga Tapisserie” style and features the characteristic double indexes at 12 o’clock, which was introduced for the first dive watch and allowed the dial to be more visible underwater. The internal rotating bezel is color-blocked with the diving scale and zone (from 60 to 15 minutes) again for better visibility. The watch also features subsidiary seconds and 30-minute register. 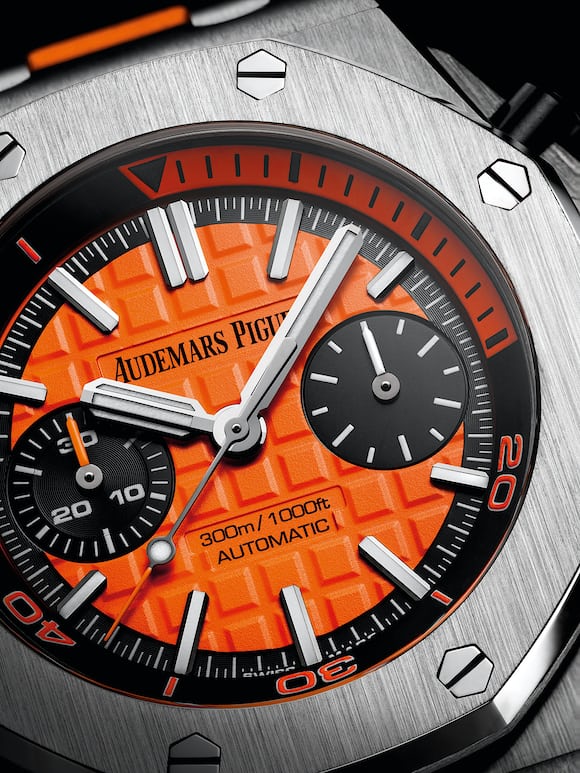 The Royal Oak Offshore Diver Chronograph will be available in four colors: bright blue, orange, yellow, and lime green. All fitted with corresponding rubber straps (to be determined whether they will fit over your wet suit). Check back for more pictures and pricing. For more information on Audemars Piguet,